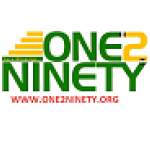 Apr 2, 2016
Good Morning every one.
DELAYS & PATIENCE 40-87.
If you have been a follower of One2ninety, you will recalled that we were on several occasions insulted by fans on our failure for not winning 40-87 on GH-BONANZA.
This KEY was triggered and we made noise about it, we staked t heavy but it failed.
Yesterday 1/4/2016. every one forgot about it, only few called congratulating us that they bookmarked it and followed our instructions to make such keys a standby thus they won it.
GH-NATIONAL
We are confident that KEYS that set and did not play were just being delayed and we will never give up monitoring and trying..
Our VIP PLAYERS should not think that they are being left out, in fact, our quest for 3 Directs still holds and we are very confident this will happen sooner than we think.
2SURE EXTRA subscribers.
We also need to clear the air concerning a misunderstanding regarding types of subscriptions we have and the mistake we made yesterday by publishing the victory of 2sure EXTRA subscribers in tell.
Please click on www.one2ninety.com/how-to-subscribe/
and READ carefully regarding the RISKS involves with 2SURE EXTRA
All ACTIVE subscribers should expect alerts one we receive them.
Have a wonderful day and remain positive and expectant for VICTORY.
~I-Guru Team~